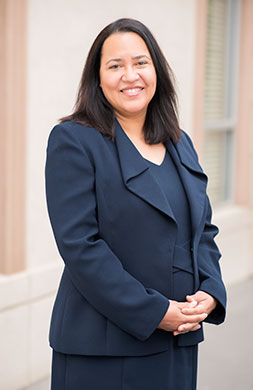 Tracy was born in Seattle, Washington in 1963. After receiving her bachelor’s degree in nursing in 1986, Tracy was commissioned into the U.S. Army Nurse Corps. As a nurse, Tracy specialized in the area of critical care. She served five years on active duty and was honorably discharged in 1991 with the rank of Captain. While continuing to work as a registered nurse, Tracy attended law school at Georgetown University in Washington, D.C. She graduated law school in 1996 and became a member of the Maryland State Bar in 1997.

Tracy relocated to Idaho Falls, Idaho with her family in the summer of 2002. She became a member of the Idaho State Bar in 2007 and joined Gaffney Law Office in the spring of 2008 as an associate. While at Gaffney law Tracy concentrated on family law at the trial and appellate levels. After leaving Gaffney Law Office in October 2015, Tracy started her own firm, Gorman Law Office in November 2015. Tracy became a part of Hopkins Roden Crockett Hansen and Hoopes in April 2016.

She is married to Patrick Gorman and they have two children together.

Tracy was absolutely amazing!! She was so sweet, took her time, answered all our questions and took excellent care of us! Would highly recommend to everyone!

Tracy is a very attentive attorney that gave me great advice and fought for me even when I didn’t know to fight for myself! Definitely would use her again!

I would highly recommend Tracy Gorman. She recently worked very hard for myself and my children. She set boundaries for myself , my boys and my ex husband. She pushed what was best for my children and that should be the most important priority. She was very professional, trusting and I felt from the day I met her, everything would be ok. Because of Tracy, myself and children will continue to thrive together with the hopes of better co parenting. The way it should be. I have also recommended her to other friends who are in need of superb service.