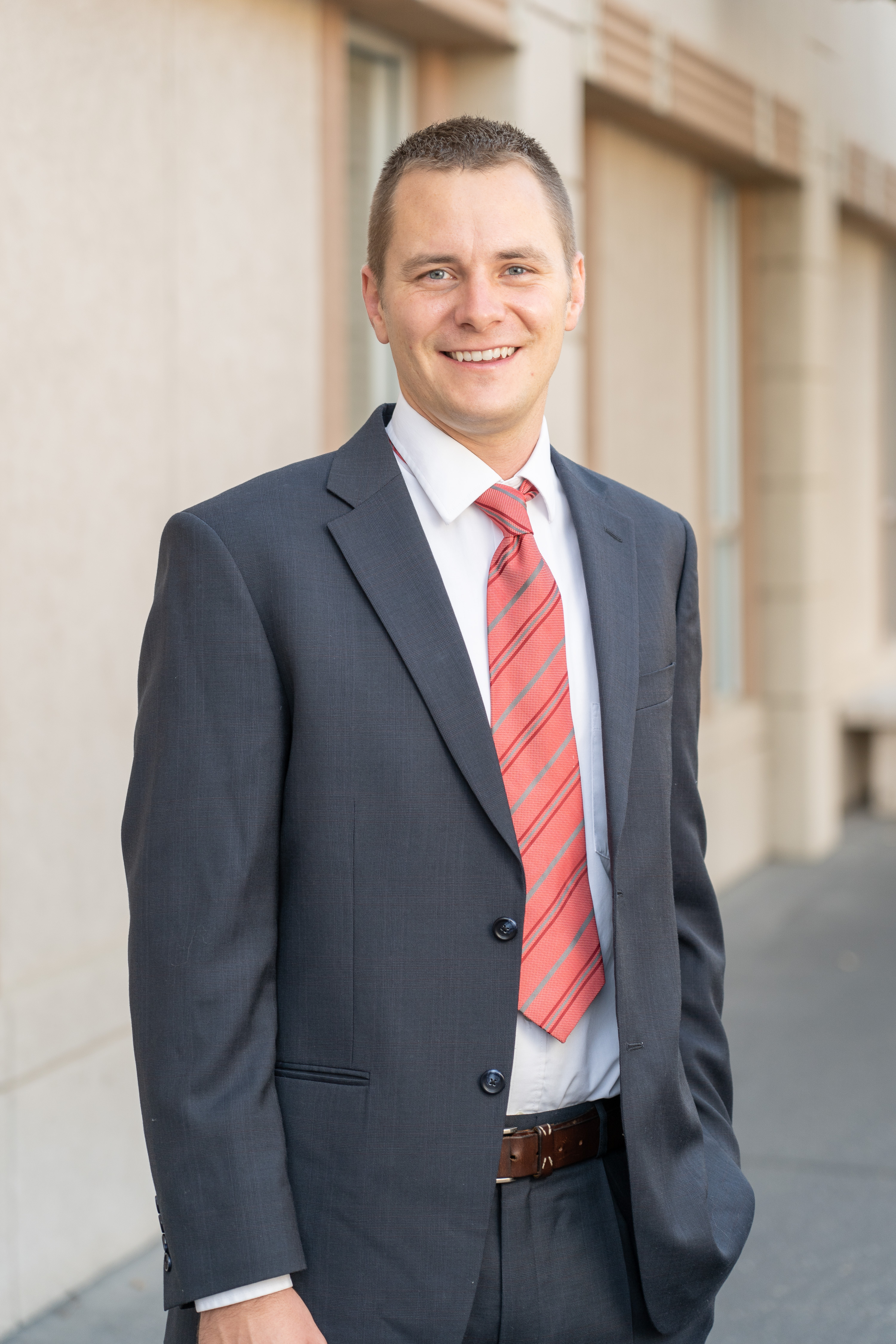 Jed joined the firm as an associate attorney in 2018. His practice includes both litigation and transactional work, focusing on business law, contracts, estate planning, real property, general litigation, and criminal defense. Prior to joining the practice, he served as a Deputy Prosecuting Attorney in Canyon County, Idaho and then as an Assistant Attorney General in the U.S. Territory of American Samoa. In these capacities he gained substantial courtroom and trial experience in both criminal and civil matters.

Jed was born in Mount Vernon, Washington and grew up in Rigby, Idaho. He is a 2005 Rigby High School graduate. Jed served as a missionary in Fukuoka, Japan for two years. He attended Utah State University and earned a B.A. in Political Science. After his undergraduate studies, he worked in Washington D.C. for Senator Crapo as a part of his legislative staff. Jed attended BYU’s J. Rueben Clark Law School and graduated in December 2013. During his time in law school, he served as a judicial extern for Judge N. Randy Smith of the Ninth Circuit Court of Appeals and Judge Dale A. Kimball of the United States District Court in Utah.

Jed is the proud father of three children, Reagan, Abigail, and Remington. They enjoy the outdoors, traveling, and going on adventures. Jed likes to geek out about ultralight backpacking and while living in American Samoa, he picked up a love for free diving and spear fishing.

Mr. Bigelow was very knowledgeable. He answered all my questions in a way that I could understand.

My first meeting with Jedediah went wonderfully. He is very easy to work with and prompt on responses. I highly recommend working with him.

I asked very complex legal questions. Jedediah didn't flinch one bit. He answered every one with ease and insight on where I should go. Looking forward to using his services in the future.