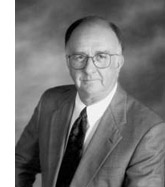 Bill joined the firm as a partner in 1994, and transitioned to an of counsel role in 2006. He enjoyed an “AV” rating from Martindale-Hubbell, and limited his work to governmental relations on behalf of national, regional and local clients.

Bill combined an active law practice with his work on behalf of diverse national and state clients concerning major legislative and administrative matters before the Idaho legislature and local and state administrative agencies for most of his career. His role was not only as a legislative and public affairs advisor to his clients, but as the primary draftsman of significant and complex legislation, including the Idaho Telecommunications Act of 1988, which achieved substantial regulatory reform for the telecommunications industry in Idaho.

Bill has been called “a dean among Idaho lobbyists,” and since 1992, the biennial editions of The Idaho Political Almanac have ranked and reported that he “routinely ranks first in surveys of legislators asked who is the most influential lobbyist at the Statehouse.” The 2000 Idaho Yearbook Directory, published by Ridenbaugh Press and edited by Randy Stapilus, which admits that its list of Idaho’s Influential 100 Idahoans is “an unscientific, thoroughly subjective list, with some claim to reasonable, ballpark validity” listed Bill in the top 25 of that group for the third year in a row and stated that he was “widely regarded as the single most effective lobbyist in Boise.”

Bill is a lifelong resident of Idaho, and a graduate of the University of Idaho, where he received degrees in political science and law. Following his admission to practice law in Idaho, he served as Special Agent, Counter-Intelligence Corps, United States Army for two years. Upon returning to Idaho, he served one year as an Ada County Deputy Prosecuting Attorney, and two years as an Assistant Attorney General for the State of Idaho, where he was counsel for the Department of Law Enforcement, the Department of Finance, and the Public Utilities Commission. In 1958, he was elected to the office of Prosecuting Attorney for Ada County. He entered the private practice of law in 1960, and was also elected to the Idaho Senate, representing Ada County, Idaho. He served four terms in the Senate, during which time he also served as Assistant Majority Leader and as Senate Majority Leader. He is active in a number of civic organizations, and serves on the Board of Directors of the Friends of the Idaho Historical Museum, Buy Idaho, Inc., and the Idaho Tax Foundation.

Bill and his wife Betty are the parents of two children. They share a love of the outdoors with most Idahoans, and especially enjoy the beautiful mountain and outdoor activities at their summer home on Payette Lake.