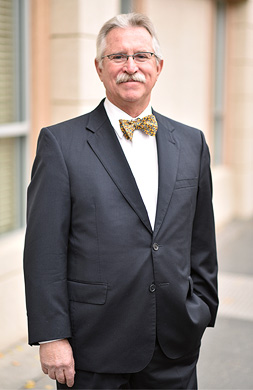 Paul Rippel is a Partner in the firm and began his practice in 1982. Paul was born in Borger, Texas, but moved to Idaho Falls as a small child. He graduated from Skyline High School in 1971. He attended Idaho State University and then the University of Idaho, earning a bachelor’s degree in Rangeland Management from the College of Forestry. He also received a Master’s Degree in Range Science from New Mexico State University, but then changed course and returned to the University of Idaho for his law degree in 1981. After law school, Paul clerked for the Honorable Arnold T. Beebe, who impressed upon him the importance of legal scholarship.

Paul and his wife, Alexis, have two grown children, a son and a daughter. They enjoy sports events and outdoor activities, including trailer camping in their 1965 Oasis. They still try to raise a little hay with their Ford 8N tractor at the farmhouse they share south of town.

The process was very fast and easy. Paul had great knowledge of the topic and was a pleasure to communicate with on the phone.

I asked for the attorney, Paul Rippel, again for additional advice because he was so helpful and well informed. He patiently and clearly answered my questions and walked me through the process that lay ahead. He's great. I'll ask for him whenever a need for legal advice were to arise.

All my questions were answered in a practical, and easy to apply manner. I appreciated his input.